Where liquids are shaken, not stirred

The FUNDAMIX® is a universal device for mixing liquids in open or closed vessels, under vacuum or pressure, even in sterile conditions.

It was invented and patented in the late 1960s by Dr. Hans Mueller and subsequently manufactured by Chemap AG under his ownership. The vibratory mixer product line was sold to Graber & Pfenningger GmbH in 1983 and was reacquired by DrM, Dr. Mueller AG in 2012 and renamed FUNDAMIX®.

The electro-magnetic drive operates at 50 to 60 Hz and transmits the vibration via the mixing device or mixing plate attached to a special clamp coupling into the medium.

The amplitude resp. mixing effect is controlled by an electronic system and can be adjusted from 0 to 4 mm. The flow direction can be adapted to suit the medium and required mixing effect. The mixing direction depends on the orientation of the conical holes.

The FUNDAMIX® transfers very little shear force to the process medium and is therefore able to provide a gentle mixing action suitable for live cells or delicate crystals. Still, depending on the working amplitude and the size of the mixing plate, very turbulent flow conditions can be achieved, resulting in high diffusion rates and heat transfer coefficients and optimal solids suspension.

Standard mixers are in 316L stainless steel, but can be manufactured from a wide range of materials including Hastelloy, Titanium and various plastics.

FUNDAMIX® can operate continuously without overheating or amplitude variations.

The mixing effect is produced by a vertical vibration transmitted to a perforated stirrer plate equipped with conical bores with no rotation involved. Due to the Bernoulli effect, this vibration causes the liquid to be pumped upward or downward through the cones. 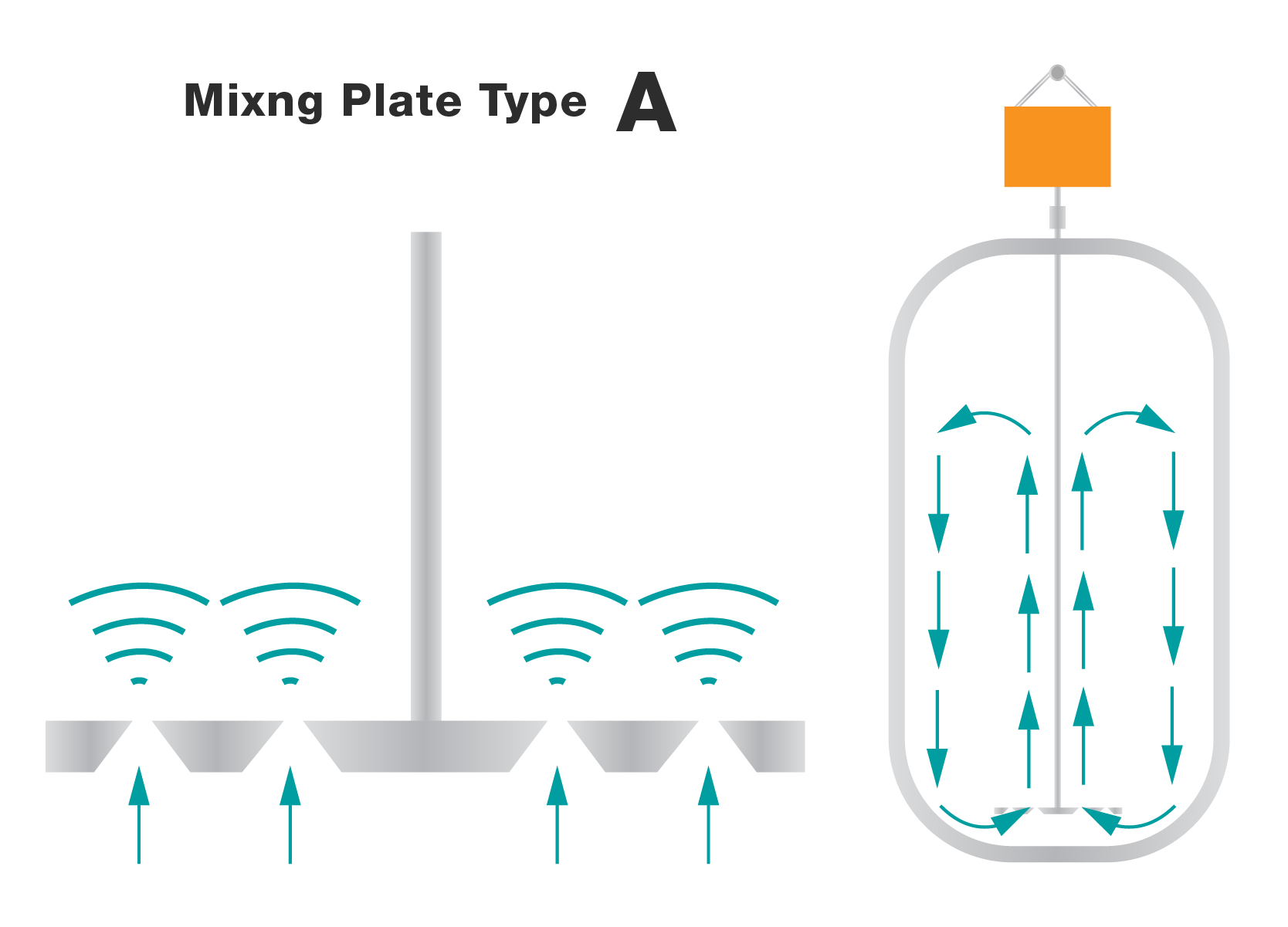 Type A with the conical bores facing upwards is the preferred standard. Type A has higher efficiency due to upward flow through the whole vessel. The plate can be mounted very low, so the mixable heel volume is reduced to a minimum. 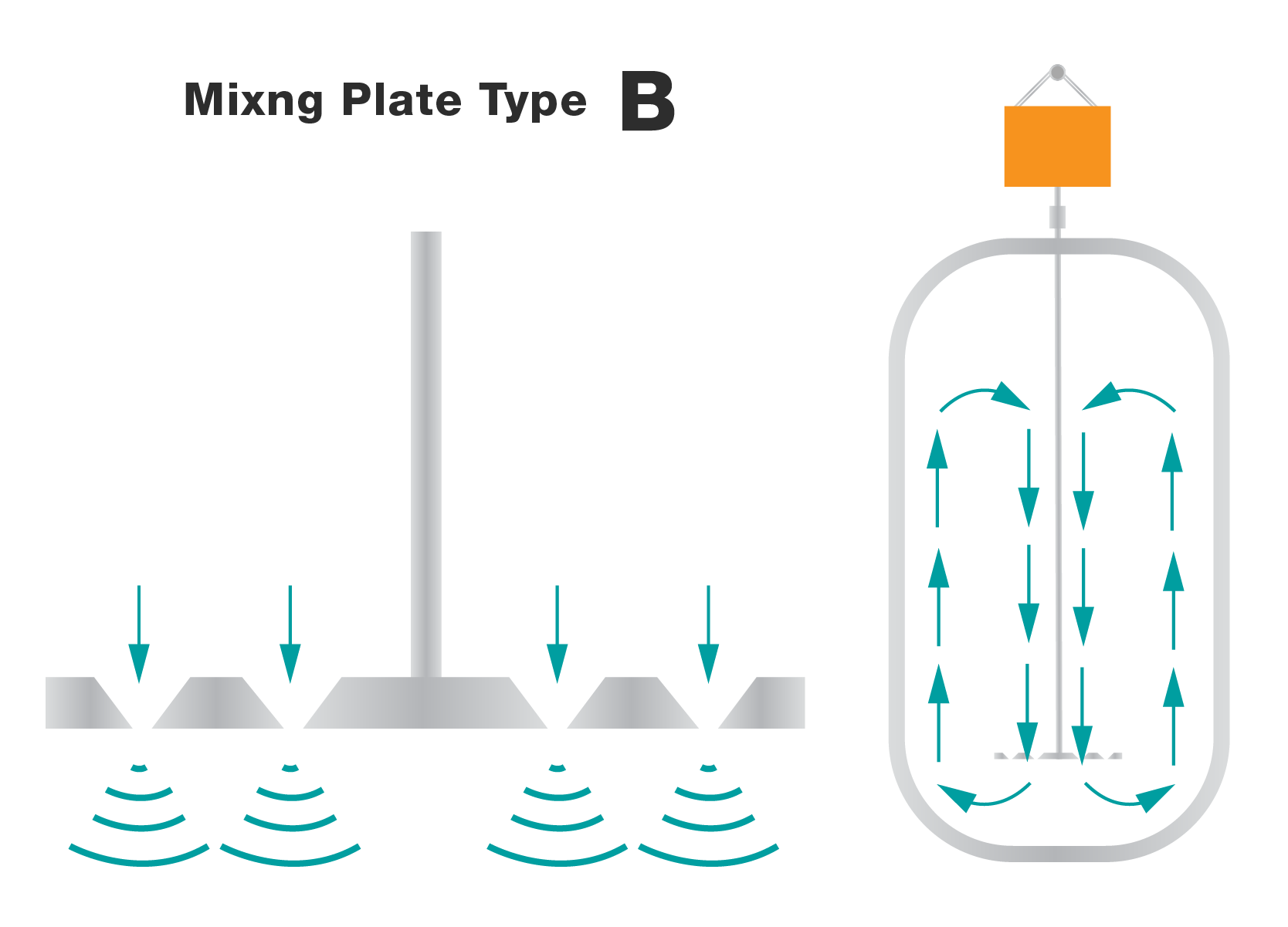 Mixer type B with the conical bores facing downwards is chosen if the product tends to sediment, creates foaming or if no air is to be introduced during mixing. The distance to the bottom of the vessel is about the diameter of the plate. 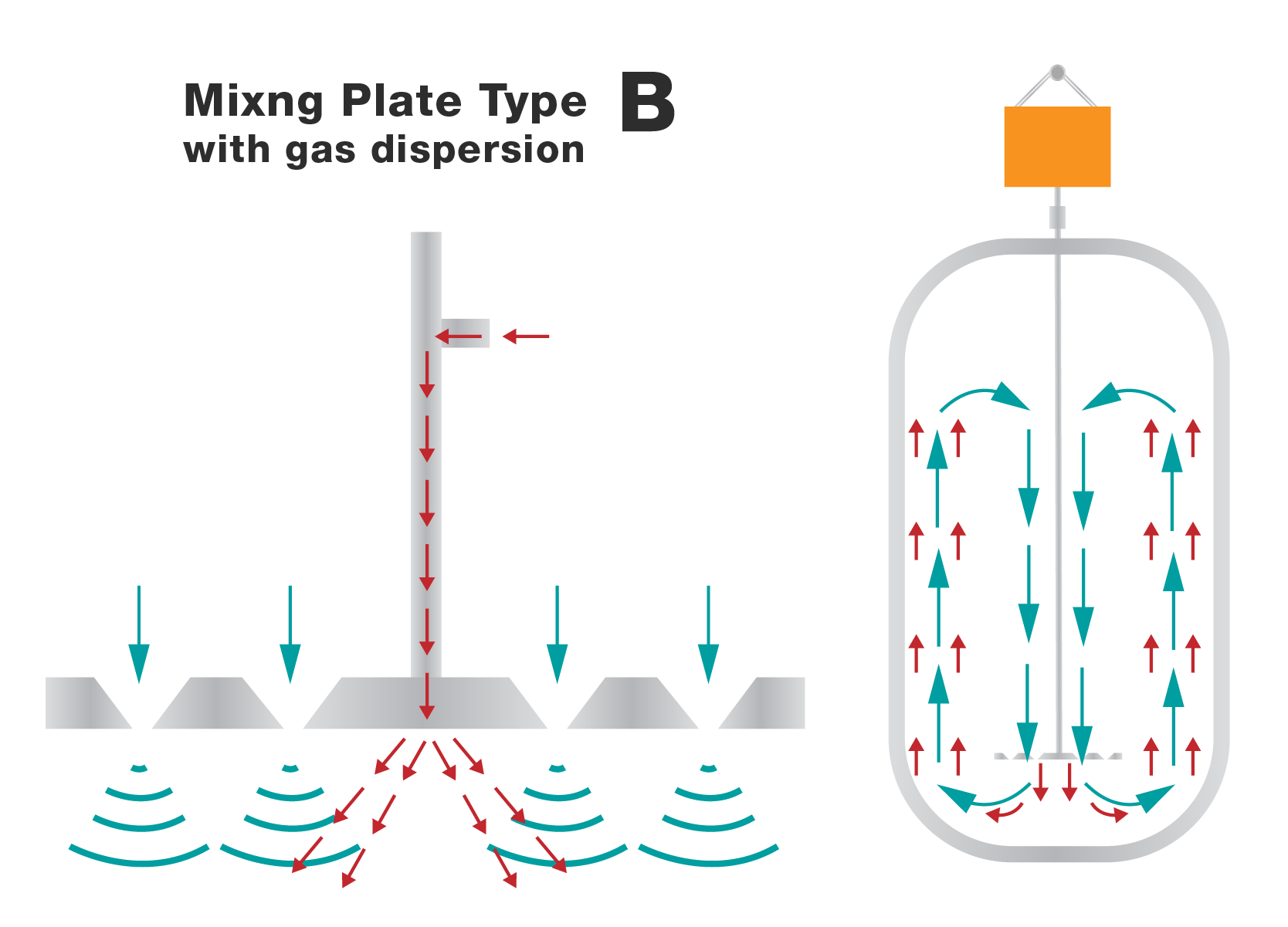 If gas is required, then it can be injected through the shaft with mixer plate type B. The liquid flows downwards distributing the fine gas bubbles in the vessel generating an excellent gas dispersion. Another well proven set up is to inject the gas between two plates to break the bubbles. 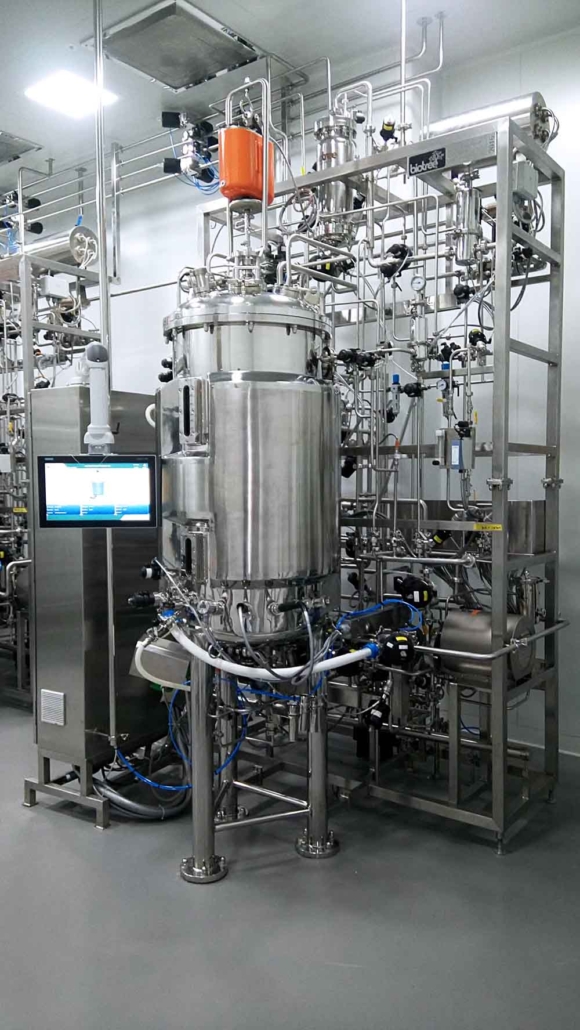 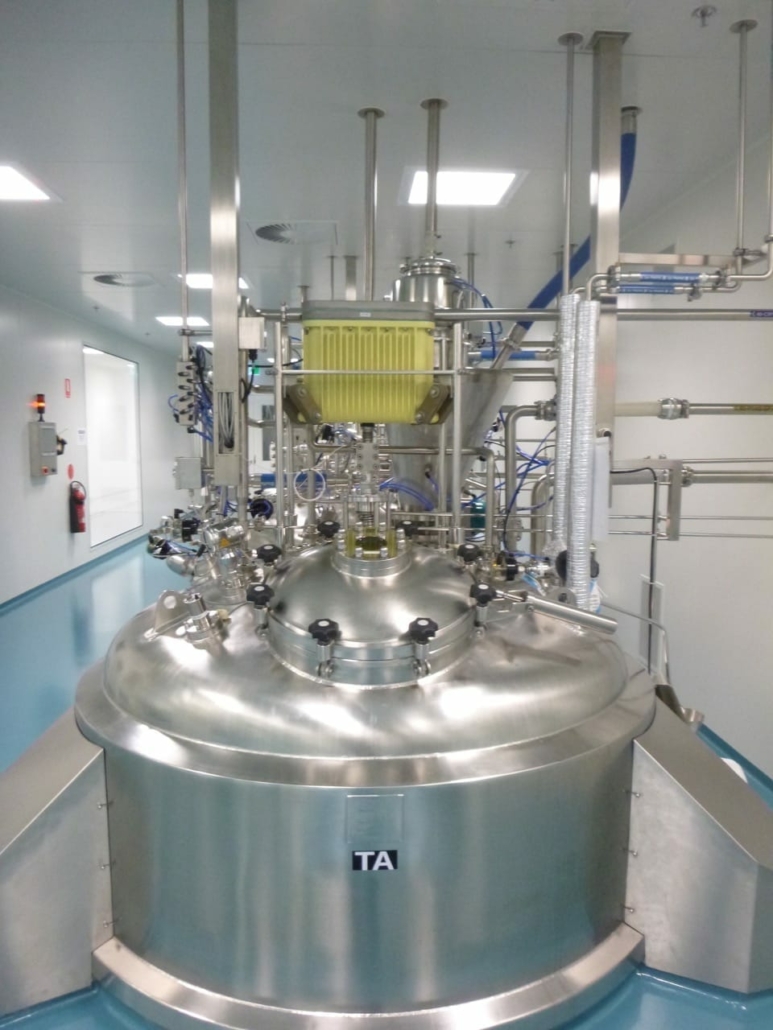 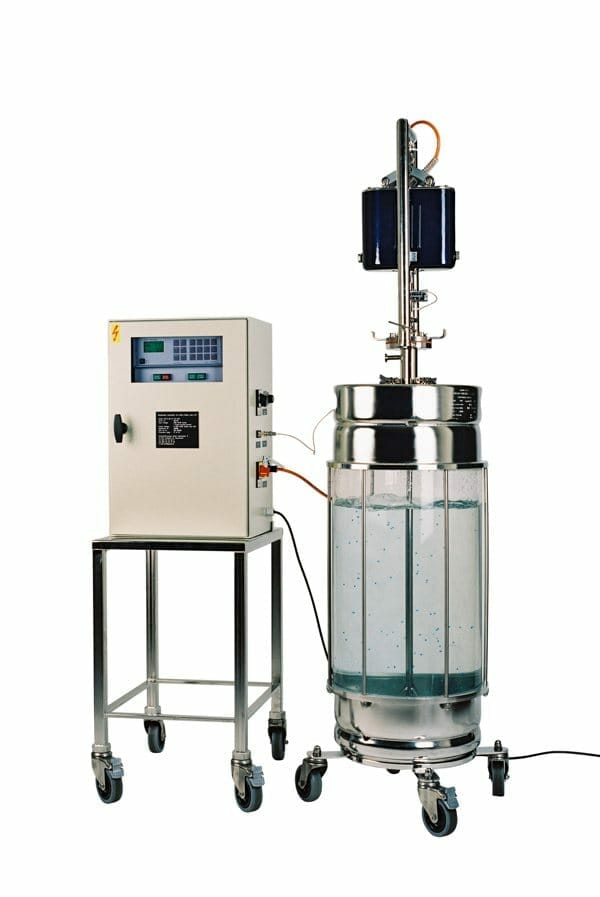 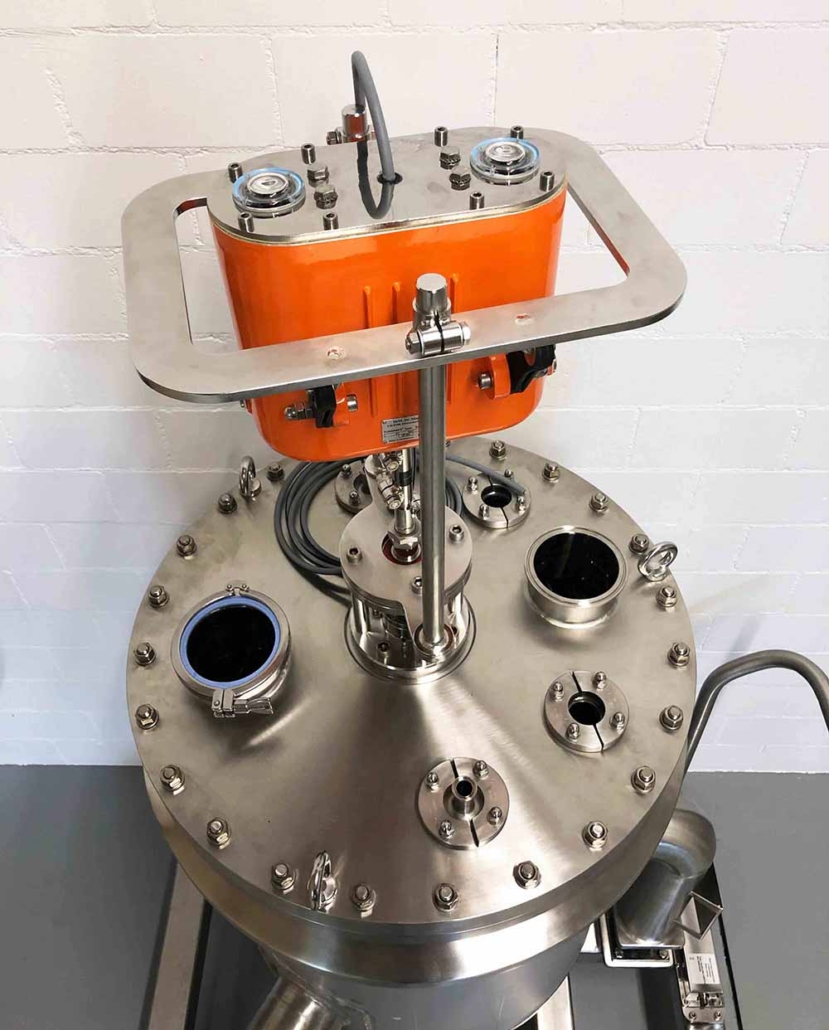 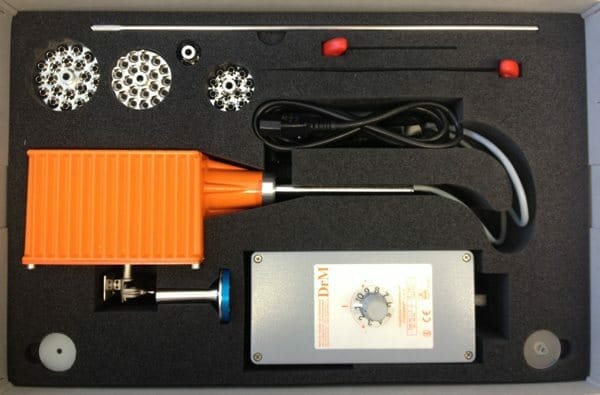 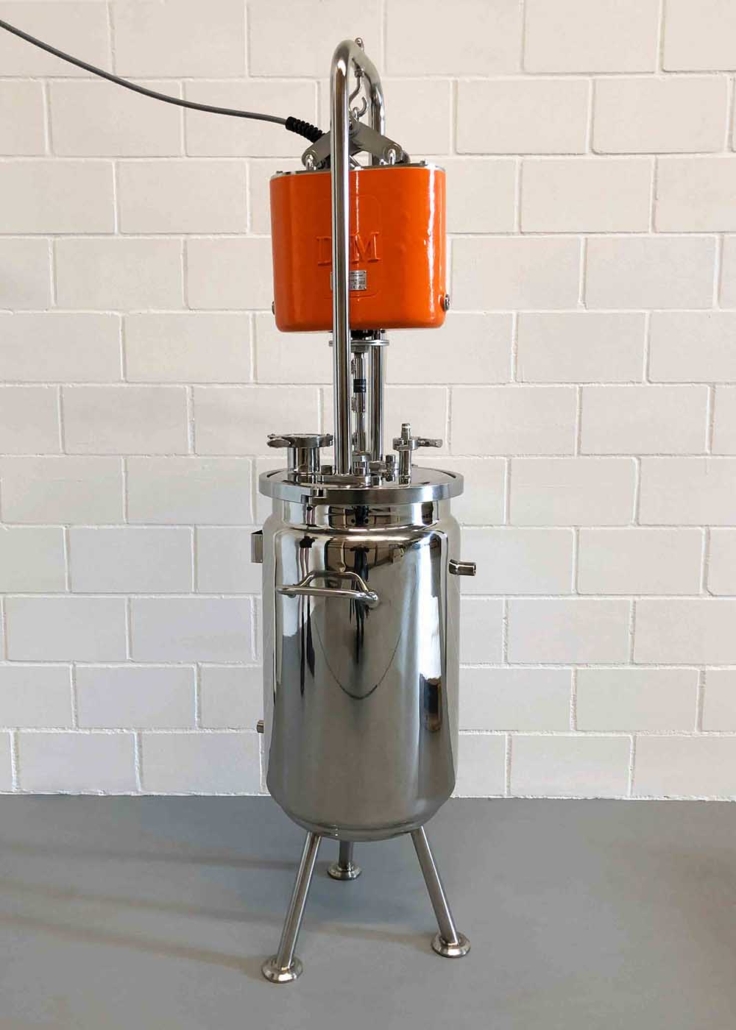 Vibrating through the unmixable with FUNDAMIX®

The FUNDAMIX® is also widly used in the pharma and biotech industries to find out more visit us at DrM Life Science.