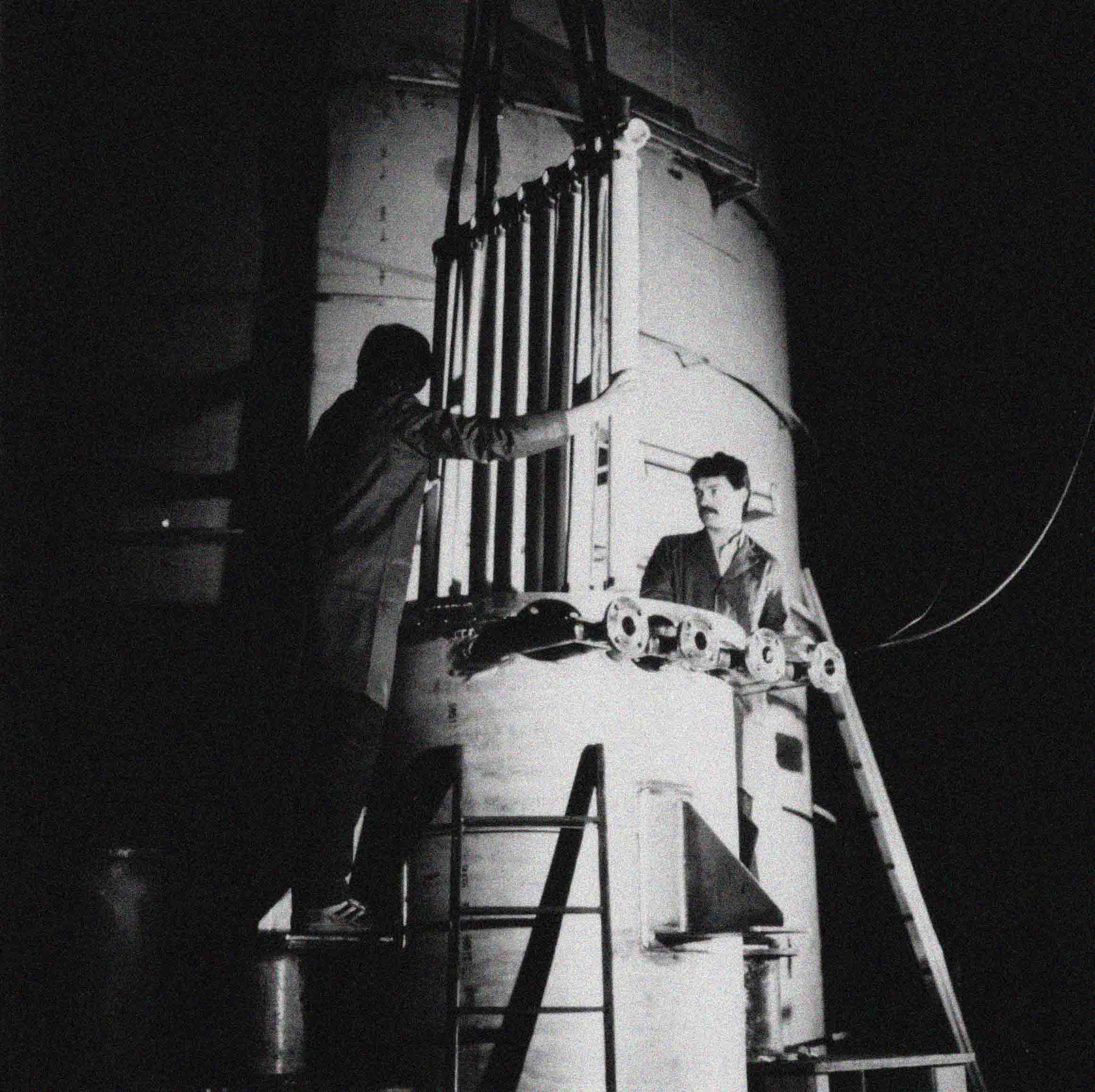 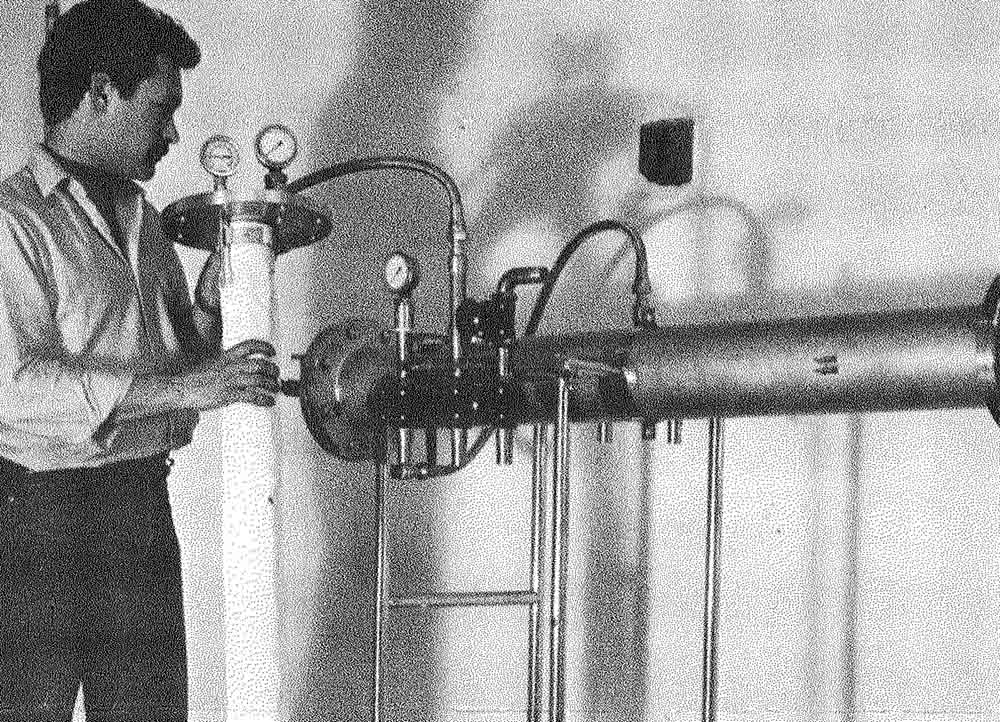 DrM is the work and legacy of an entrepreneurial personality Dr.-Ing. chem. Hans Mueller (1913-1984). He was an ingenious inventor as well as a dynamic industrialist.

Even as a young chemist in Paris in the 1930s where he started his first business producing detergents, he recognized the dangers of air pollution stemming from cars, so he invented and patented the car catalyst. But as it sometimes happens, you can either be too late, or in this case too early…

After his factory was bombed during WW2 he returned to Switzerland. One of his biggest inventions at that time was the thin-film evaporator and the sale of this patent to the company LUWA provided the funds to establish a new company.

Soon new inventions were added, which he developed in his newly established enterprise Chemap AG. These were primarily the successful FUNDA® filter, the first filter with centrifugal discharge. More than 5000 systems were used for simple and complex filter problems in all branches of industry for solid/liquid separation.

At the beginning of the 1980s, Dr. Mueller ended up selling Chemap AG.

However, in order to be able to continue with his latest generation of filters, which he believed had great market potential, he founded another company and started once again with his most experienced employees. This was the birth of DrM, Dr. Mueller AG and the FUNDABAC® Filter.

The FUNDABAC® system fulfilled the technical and business expectations rapidly and soon his life’s work was being built and delivered all over the world. Dr. Hans Mueller still had two intensive years to give the necessary impetus to his pioneering achievement.

The FUNDABAC® filter revolutionized an old principle and captivated clients by its refined simplicity and flexibility. Whether there were many or few solids in the liquid to be filtered, FUNDABAC® was able to solve the problem. The simple construction made it possible to manufacture the filter vessel out of steel, stainless steel, plastic-coated, rubber-coated or enameled. The internal components were supplied either in steel, stainless steel, PP, PVDF or PPS. The simple construction solved corrosion problems cost-effectively. 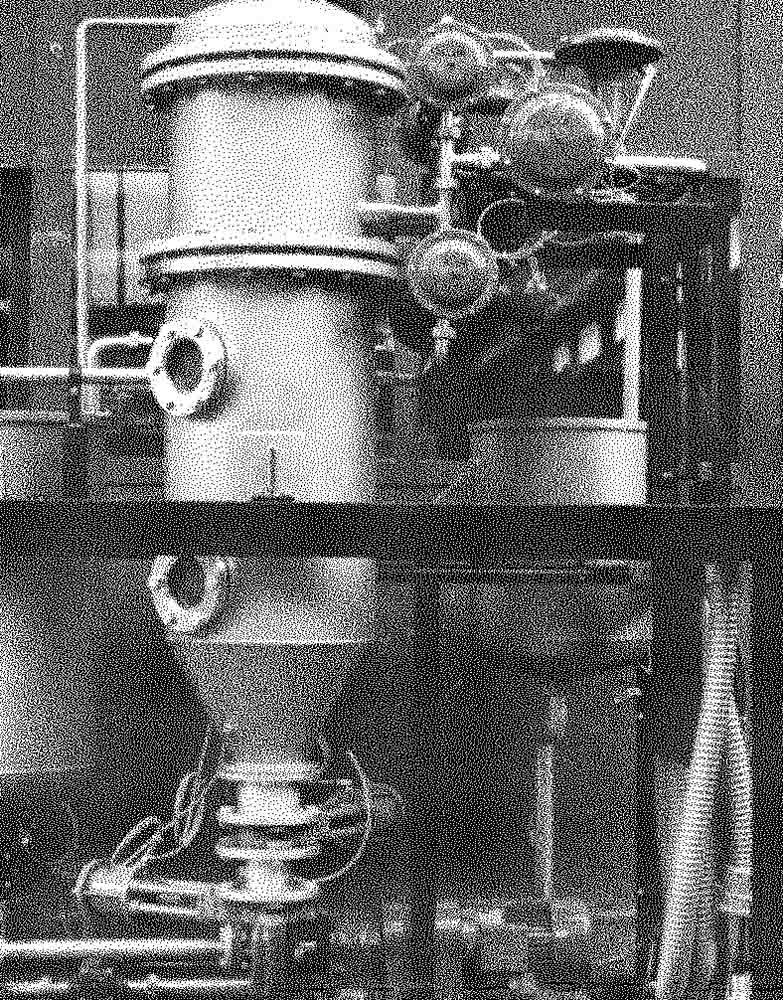 The FUNDABAC® enabled an easy discharge of residues in three variants:

The latter was carried out using the CONTIBAC® process, which continuously discharged the residues at short intervals. The FUNDABAC® cleaning of the filter media was carried out without any problems by backflushing with liquid and/or by gas blowing under high pressure.

In the meantime the FUNDABAC® Filter has advanced into many new fields of applications with various innovations and patents around the same filtration principle. As the industry is progressing into new materials, larger scales, streamlined processes to increase yields and become more efficient as well as into circular economies, the scalability of the FUNDABAC® can offer great value in many cases. As a contributor to a more ecological future it will also play an important role for the years to come. 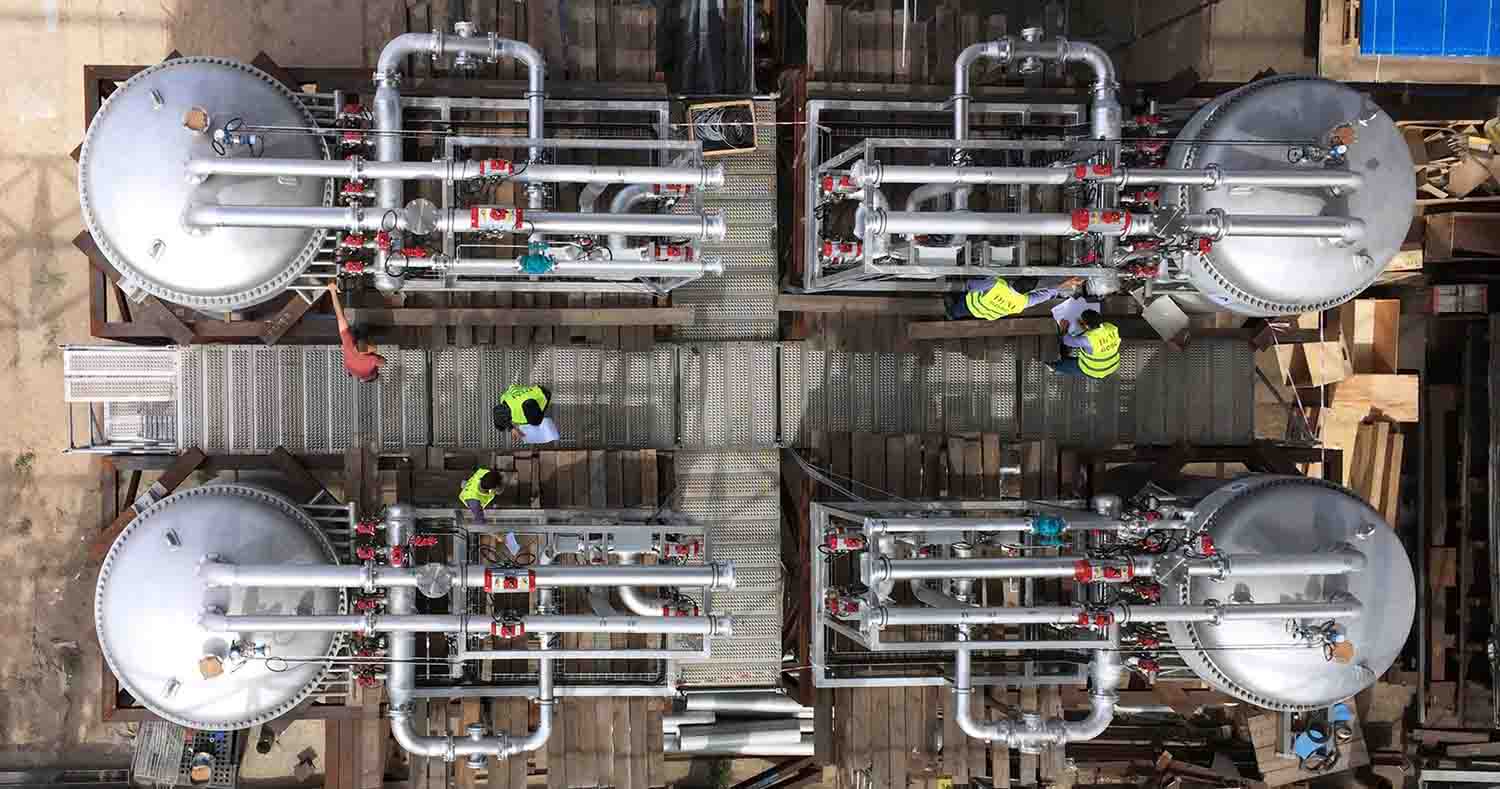