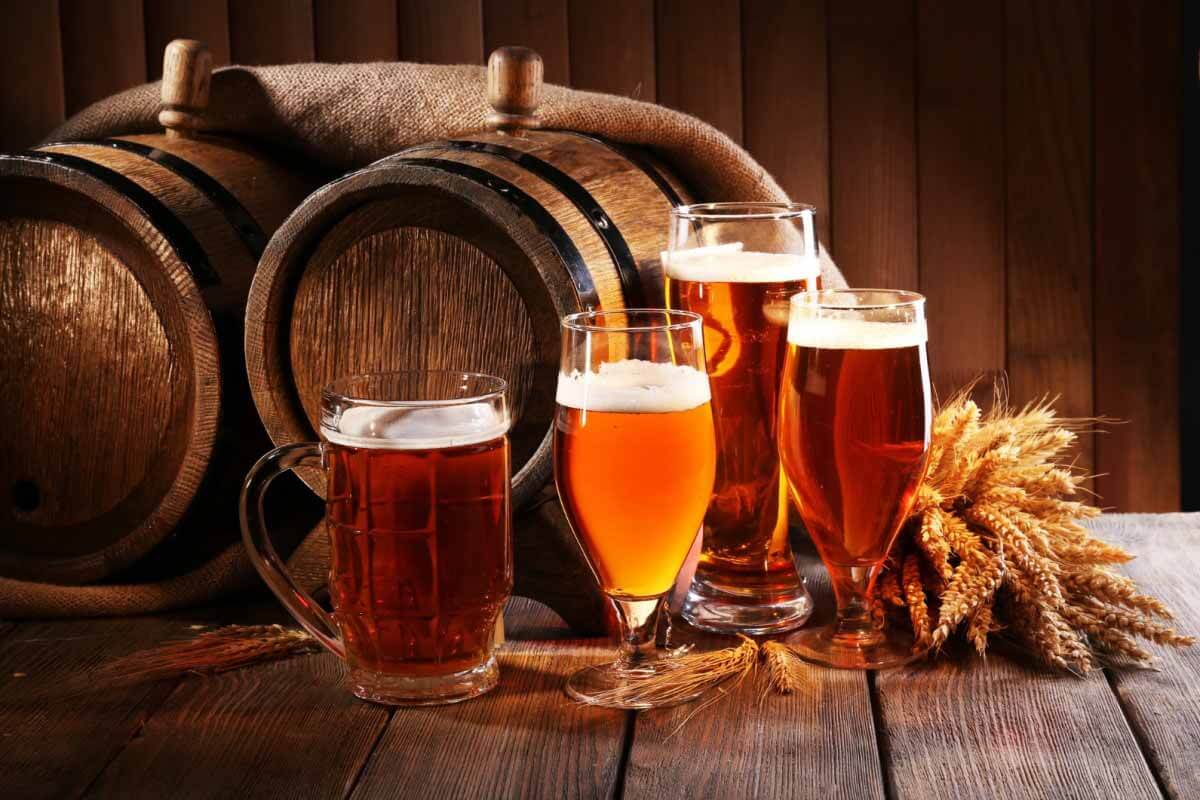 The Weihenstephan experimental brewery, a branch of the Technical University of Munich, has examined the influence of three different dry-hopping systems on beer quality as part of a diploma thesis at the Department of Brewing and Beverage Technology.

A static, a dynamic reference system and the FUNDAMIX® were compared. The tests were carried out with filtered and unfiltered Weihenstephaner Original Hell from the Bavarian State Brewery Weihenstephan using two different hop pellet types (type 45 and type 90).

It has been a well-known fact since the early Middle Ages that hops contribute to the shelf life of beer.

In the modern brewing industry, however, the focus is not only on the shelf life of the beer, but also on the introduction of hop-typical aromas which give the beer a special taste. Due to the steady growth of the craft beer scene and the brewing of beers with increased hop content, the industry had to find efficient solutions to transfer the hop aroma into the beer.

Today there are essentially two possibilities of dry-hopping (hop-stuffing) in the brewing industry, either by adding into the tank (static system) or through a dynamic system (pumping over).

In the diploma thesis three dry-hopping systems were examined: the static system, the dynamic reference system of the research brewery of the Technical University of Munich and the FUNDAMIX®.

The idea of dry-hopping is to extract the valuable aroma substances from the hops and to transfer them with minimal losses into the finished beer.

The actual dry-hopping is carried out in the cold area (storage) of the brewery, the classic hop addition in the hot area of ​​the brewery.

Studies have been able to prove up to 500 different essential oils or hop oils, but only 21-25 of these essential oils can be directly associated with the beer aroma. In terms of oil factors, these aroma substances are perceived as resinous-herbal, flowery, citrus-like or pleasantly hoppy.

The contact time of the hops has a major influence on the concentration of the hop aromas and the change in pH during dry hopping. The pH value plays an important role in the shelf life of beer. 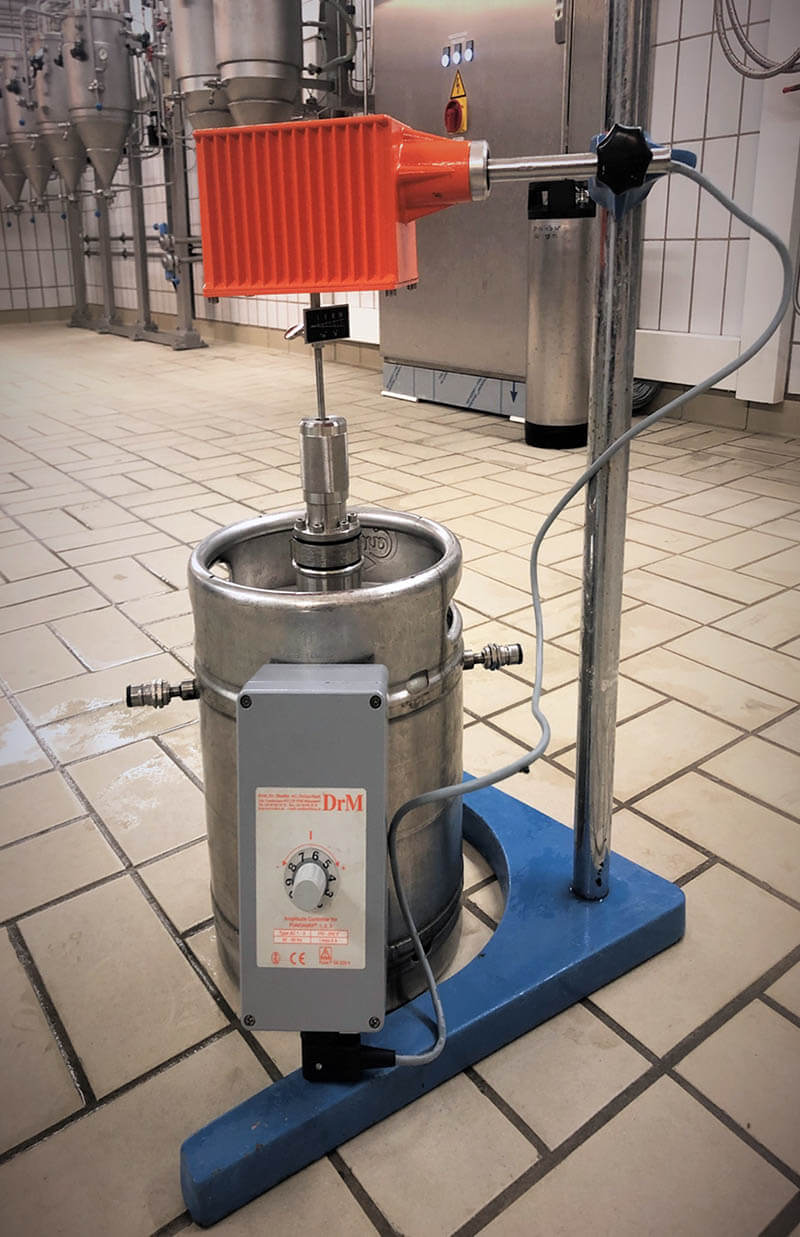 The weighed hop pellets were placed in a cloth bag (mesh size 300 μm). In the first step of each cold hops test the 5 l drum was steamed in order to sterilize it. Then the barrel was screwed on and the previously weighed hops were placed in front of it and rinsed twice with CO2 and pre-tensioned to 1 bar. The now pressurized drum was filled with 5 l filtrate or prefiltrate and connected to the FUNDAMIX®. After 10 minutes the dry-hopped beer, without hop bags, was transferred into a pre-stressed 20 l Cornelius keg and spiked to 0.9 bar. The beer was stored for 14 days at 1°C and then filled into 0.33 l bottles using a counter-pressure filler. The bottles were then used for further analysis. In addition to the main experiments, the effect of the vibration time on the extraction of the hop aroma substances and bitter substances was investigated with the FUNDAMIX®. The contact times were 10, 20, 30, 40, 50, 60 and 90 minutes.

The focus of the study was on beer quality, therefore the leading components of the hop aroma, the chemical-physical cloudiness and the foam stability were examined. In addition, a sensory tasting of the beers was carried out according to the beer tasting scheme of the German Agricultural Society (DLG).

The tasting was carried out independently by four trained individuals.

It was found that the highest percentage increase (approx. 40%) in the leading components (humules and mycoses) of the hop aroma occurs with a contact time of 40 minutes. In the case of the FUNDAMIX® an optimum time of 20 and 40 minutes was found.

Dry-hop with the FUNDAMIX® has no influence on foam durability.

At the tasting, the FUNDAMIX® samples (see Figure 2) were generally perceived as very pleasant. The filtered beers were given preference in the ranking.

All samples from the vibration plate and the static test were generally perceived as rather disharmonious.

Beers with harmonious taste are favored by the market. 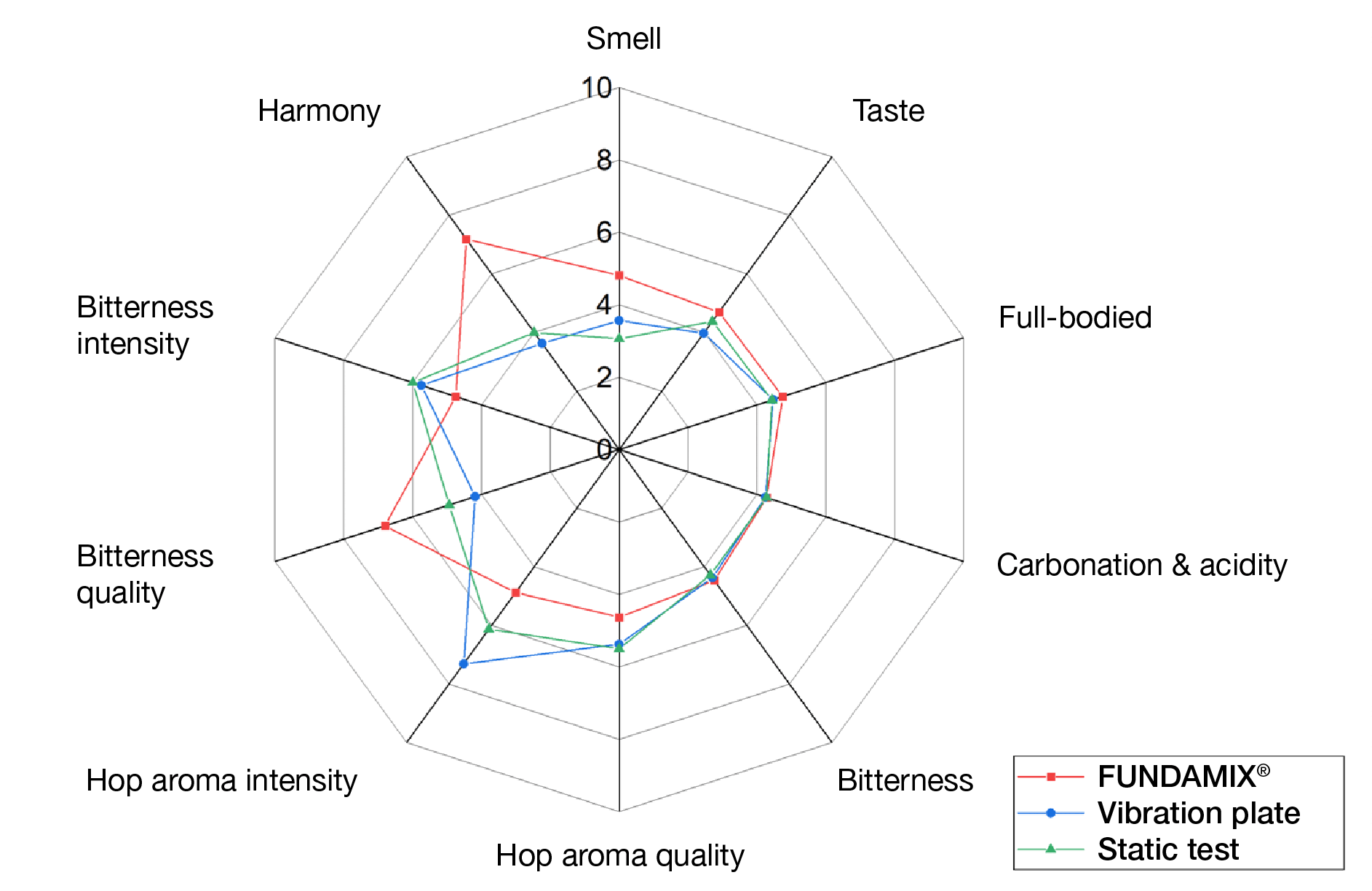 Figure 2: Tasting overall comparison: The summary of the tasting and the scores of the DLG scheme.

It was shown that the system used had an influence on the quality of the beer, but here a distinction must be made between sensory tasting and analytical evaluation. The FUNDAMIX® beer, for example, which was tamped for a very short contact time of 10 minutes, performed better in the tasting than the other two systems, where the contact time was up to 48 hours.

The tests have shown the potential of the FUNDAMIX® in terms of significant time savings in the dry-hop process. However, further studies on a larger scale are necessary.

Particle size analyses are still to be carried out as part of an internship to determine the influence of the different currents.

The next step is to run the tests in the experimental brewery in the 10hl plant, where a 1000 l container for dry-hop is available. There, energy costs could then be recorded under standard market process conditions. Furthermore, a comparison with an existing established product can be made with regard to the influence of shear force and oxygen absorption during pumping and cleaning of the system.