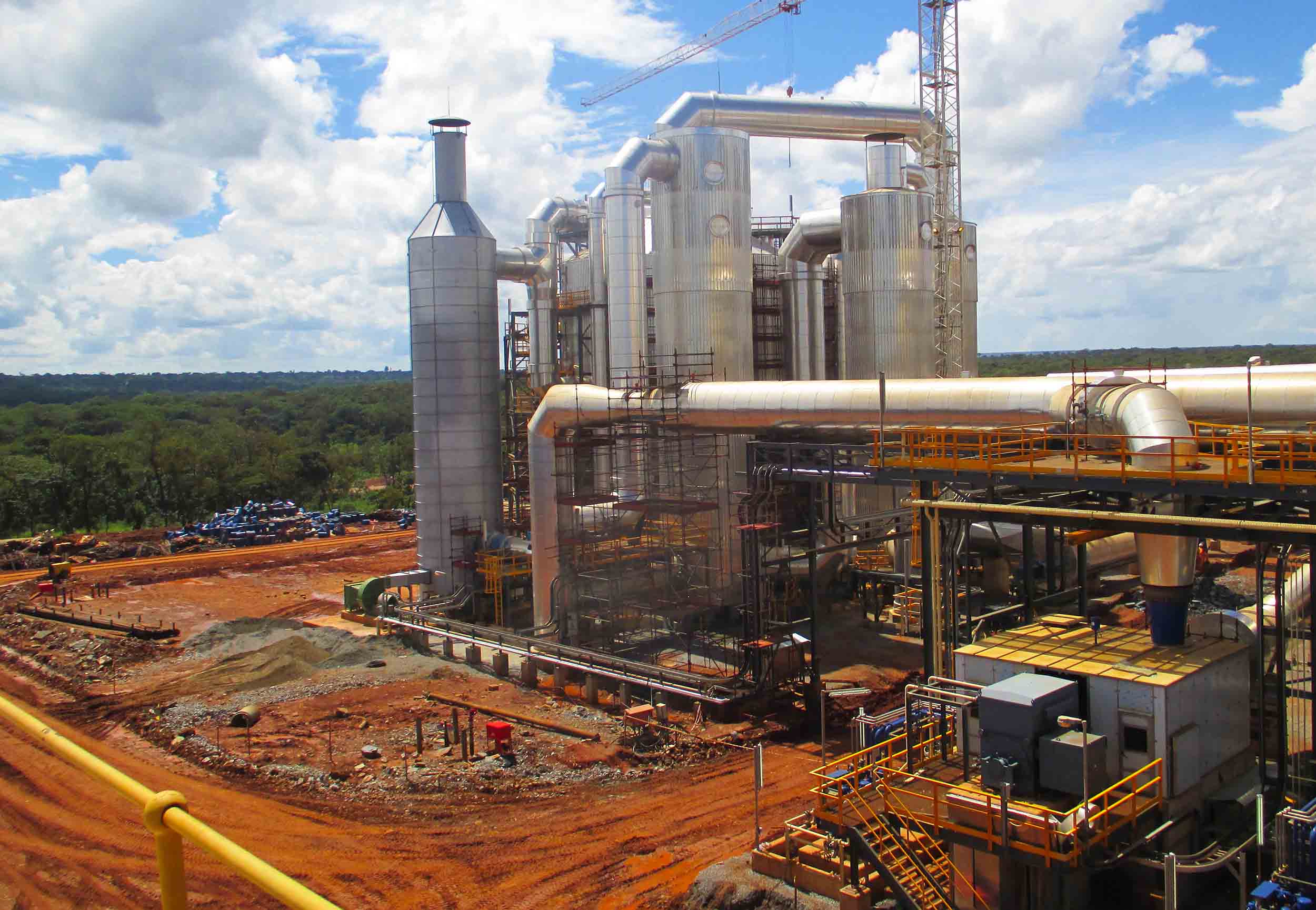 All over the World, more than 150 filtration units are currently in operation in processes where Nickel, Copper, Lithium and Rare Earth Elements (RRE), only to name the most important ones, are produced.

The technical development over the last decades is resulting in an increased need of RREs for a variety of applications. This article focuses on Rare Earth Elements production and provides an overview about the process improvements allowed by FUNDABAC® and CONTIBAC® filtration systems.

REEs occupy position 57 to 71 in the lanthanide group of the periodic table. These elements are not rare in nature, as the name might seem to indicate, but rather, they are called rare because they are difficult to isolate from each other, as they are chemically very similar.

Most REEs are metals, and always occur as mixed ores with multiple RE components – when you find them in nature, the whole family shows up! This is different from other metal sources, such as iron or copper, which most commonly occur as a single metal.

The heavier lanthanides (Gadolinium through Lutetium) are more prevalent in monazite ores, whereas bastnaesite ore is richer on light Rare Earth species (Lanthanum through Europium). Cerium, although a light REE is found in both ores and is actually the most abundant RE element found in nature. It is typically extracted as an oxide concentrate after cracking the mineral ore by solid/liquid separation. It has been used traditionally in glass polishing, as misch-metal, and as a petroleum refining catalyst where large tonnages are consumed. A new significant use of Cerium is in the catalytic converters of automobiles. Other REEs appear in smaller concentration in nature, but have significant commercial importance for some newer applications, found in all aspects of modern life: they are essential for hybrid and electric cars, LED lighting, electric generators in windmills, in medicine for MRI instruments, military uses, cell phones, tv’s – all at small concentrations in each of these devices, but the REEs provide unique functions in these applications. Like Lithium, REEs are labelled energy-critical elements and subject to market turbulences.

Over the past decades, China has been producing about 95% of REEs worldwide, and because of politics and policy this has caused several market upsets. As a result, other countries have increasingly been mining them for domestic sourcing.

The basic process starts with mining and grinding the ore and removing non-REE material (gangue) by flotation. Then the REE-rich powder undergoes a digestive treatment called “cracking”, which produces RE enriched solutions. Depending on ore type, either acids or caustics at elevated temperatures are used in this hydrometallurgical digestion step, producing RE sulfates or hydroxides, plus non-metal solids that are discharged for landfill. All these treatments produce RE concentrates that need further purification steps via solvent and counter-current extractions to isolate individual elements. 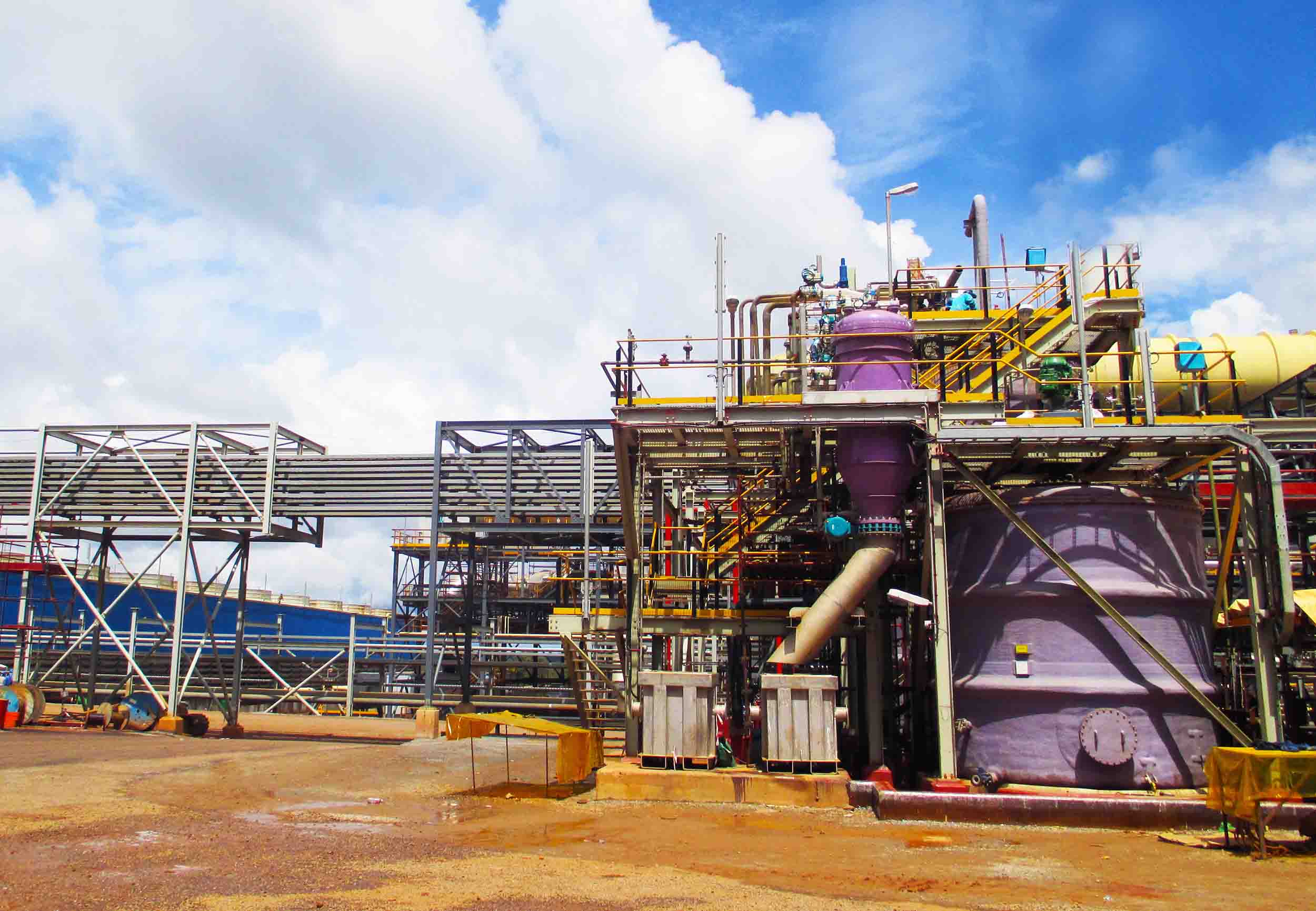 FUNDABAC® filters are used to remove the mineral gangue solids from the REE-rich liquor created in the cracking step. Advantages of the FUNDABAC® are corrosion-resistant materials for filter vessel and internals, with plastic components (e.g. PP, PVDF, PPS) that can be applied in certain parts of the plant in place of high cost metal alloys which would be mandatory all over for a system with moving (e.g. rotating) parts.

Robust filter media with fine pore sizes provide the desired filtrate purity. In addition, FUNDABAC® filters allow for the washing of the filter cake in the same unit operation to increase yield of REEs. Depending on cake permeability, spray and/or displacement washing can be applied. Washing is also required for landfilling the cake to prevent groundwater contamination. Last but not least, the FUNDABAC® enables completely enclosed, fully automated operation. Safety is assured for operators working with aggressive fluids at temperatures exceeding 100˚C. Most important, monazite ores contain Thorium and Uranium, which can be safely removed as gases in the enclosed filtration equipment.

CONTIBAC® thickeners may be employed as slurry discharge, higher capacity alternative in isolating cerium oxide from bastnaesite after HCl leaching. If instead a FUNDABAC® filter is installed, again cake washing is used to remove as much liquor as possible, since it contains light REEs. Recovering product and cake washing with a single processing unit streamlines the process and significantly reduces equipment costs. The washed REE of Cerium concentrate is then refined by other technologies.

Modern REE processing facilities recycle spent brines, caustic and salts to reduce raw material cost and minimize waste generation. In these auxiliary operations, FUNDABAC® and CONTIBAC® filters are also used to clarify the weak brine and polish the feed to the electrolyzers. Electrolyzers membranes are very susceptible to even small amount of suspended solids and the superior filtrate quality provided by FUNDABAC® and CONTIBAC® filters (less than 0.3-0.5 ppm for particles as small as 0.5-1 µm) has allowed their successful application upstream of hundreds of electrolytic cells, both in the mining industry and elsewhere.